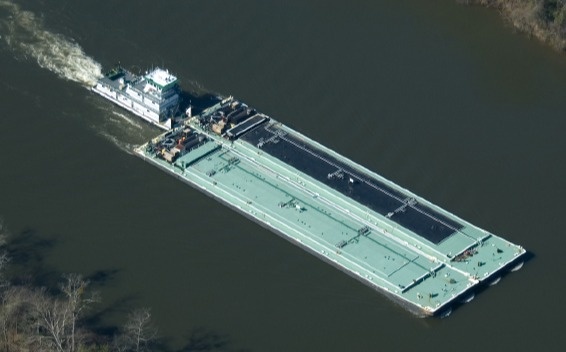 Whether you own a boat or a ship, you’re probably familiar with P&I insurance. And if you aren’t, then you should learn what it is and what it covers.

P&I, which stands for Protection and Indemnity, is liability insurance for boats and ships. It covers a wide variety of exposures that any vessel owner should be aware of. From bodily injury of crew and passengers to collision liability and wreck removal costs, P&I is essential to covering your vessel operations comprehensively.

What Does it Cover?

P&I insurance is a comprehensive insurance that covers a wide variety of risk exposures vessel owners see regularly.  Generally, any situation where a vessel owner is liable for damages to a third party can be covered by P&I. In a way, it’s like a Commercial Liability policy and Worker’s Compensation policy combined to cover a land-based business. P&I has both elements but is different in that it’s for vessel owners exclusively.

While there are several exposures P&I covers, we will discuss the most used and frequented coverages you should be aware of. They are:

One of the more well-known exposures P&I covers is for crewmembers. Unlike Worker’s Compensation insurance, which covers employees working for land-based businesses, P&I covers bodily injury for crewmembers working on boats and ships. This is true for all vessel owners worldwide, but in the U.S., there is an added measure that P&I needs to cover – U.S. Jones Act Liability.

The U.S. Jones Act, which is part of the Merchant Marine Act of 1920, addresses how crewmembers are treated and cared for if injured while working on a U.S. registered vessel. By law the vessel owner is liable to the crewmember for ‘maintenance and cure’.

‘Maintenance’ is a set stipend paid daily to the crewmember while they are out of work receiving medical care for their injuries. Although $30 - $40 per day was standard some time ago, inflation and other economic factors have pushed that amount up between $80 - $90 per day.

‘Cure’ is the medical care and therapies given to the crewmember for the injuries sustained. It is paid for the by the vessel owner until a doctor signs the crewmember off to return to work, which is called reaching ‘Maximum Medical Improvement’, or ‘MMI’. 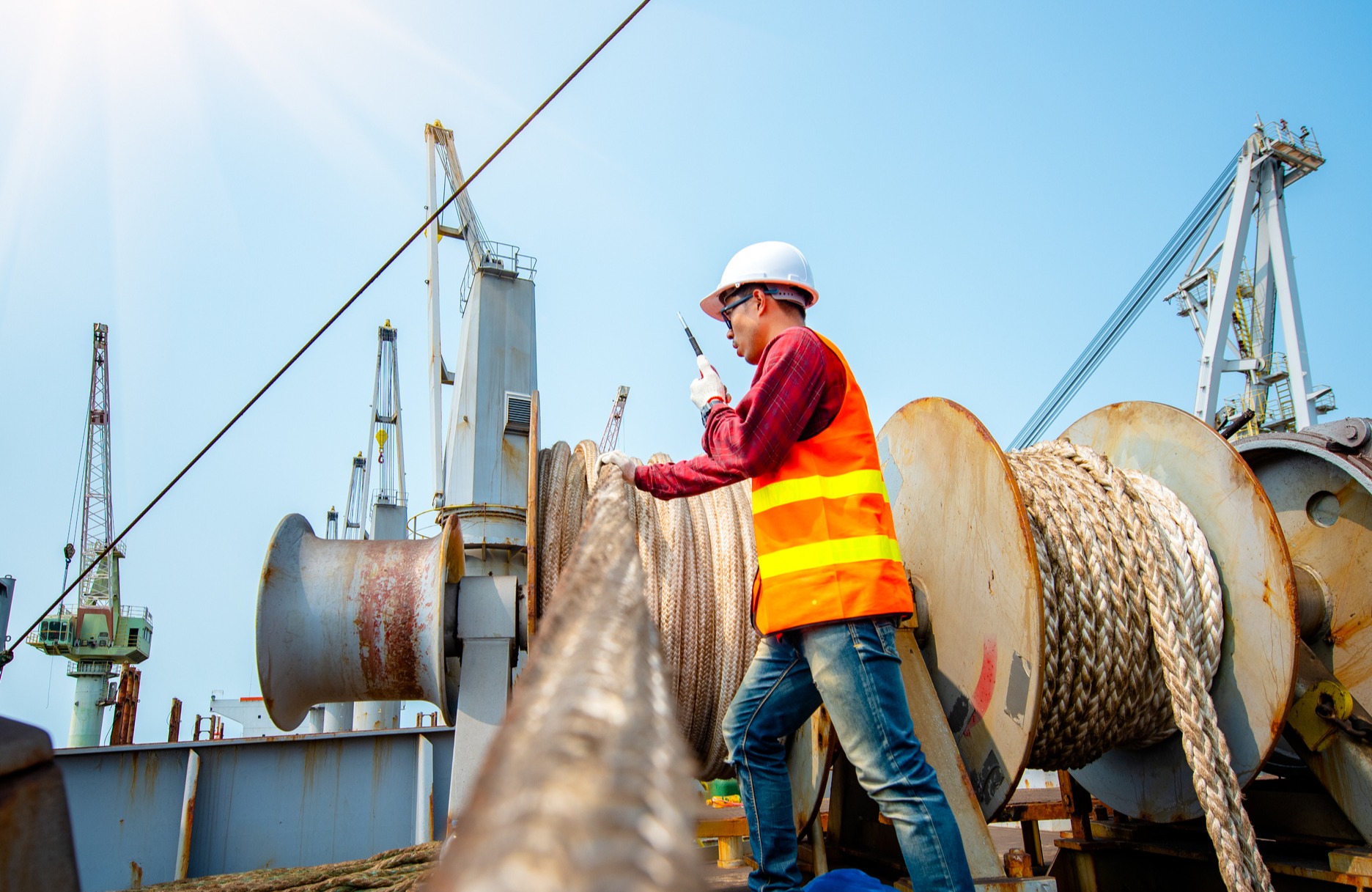 It should be noted that if a U.S. vessel owner does not follow the law and pay for maintenance and cure, they can be subject to punitive damages if the crewmember seeks legal counsel and sues. Some P&I insurance policies cover punitive damages while others do not. Because of this, the vessel owner needs to be careful and diligent in their effort to pay these costs and assist the injured crewmember.

It should also be noted that crafty attorneys are finding ways to assess U.S. Jones Act law on foreign national crew working onboard non-U.S. registered vessels that call into U.S. Ports. If the vessel owner is American and operates the business from the U.S. but owns foreign registered ships, their crewmembers can seek remedies in U.S. courts using the U.S. Jones Act.

P&I insurance pays for maintenance and cure of crewmembers. It follows what is required under the U.S. Jones Act to protect vessel owners by complying with its requirements. It also will follow terms of a Crew Contract if one is in place. Additionally, if a crewmember deems the care insufficient, or feels the vessel owner was negligent in any way, P&I will pay to defend the vessel owner from any suit brought against them.

Of course, if the vessel owner was willfully negligent or knowingly caused harm to the crewmember, this can affect coverage negatively.

While there is no mandate or law requiring a vessel owner to pay for the injured passenger or third-party’s injuries, it is good business to do so. P&I will cover the costs of the medical care given to these individuals until they reach MMI.

And, if a passenger or third-party individual requests legal counsel and ends up suing the vessel owner, the P&I will pay for the defense costs.

Other than bodily injuries, there are other exposures P&I covers.

During vessel operation, if the owner’s vessel collides with another vessel, P&I is there to cover any liability and damages caused to the third-party vessel. This is providing the vessel owner is at fault.

This is like Collision Liability but covers when the vessel owner’s boat or ship runs into a dock, buoy, channel marker, bridge, etc...

With this coverage, not only does the P&I cover the damage to the object that was damaged, but also any liability that comes from it. As an example, if a tugboat accidentally hits a train bridge and causes the bridge to close, forcing closure to train traffic, the P&I will pay for bridge repairs and any lost income that might be seen.

Wreck Removal is something that can sometimes be confused with Salvage, which is seen under the Hull and Machinery insurance.  While Salvage pays for removal of the vessel, whether sunk, partially sunk, grounded, etc.. to get the vessel repaired, Wreck Removal is different in that it pays to remove the vessel only if mandated by a federal or state governmental authority. 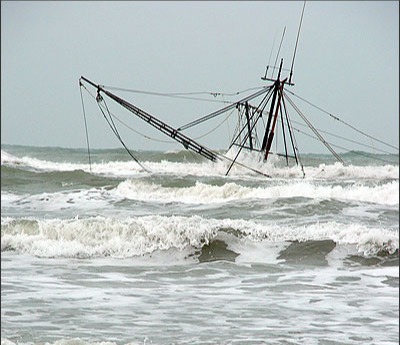 Why would a governmental authority mandate the need to have a vessel removed? Well, the wreck could pose an environmental hazard, a navigational hazard, or a hazard to the public. In a way, this requirement can be helpful to clients, as a boat or ship that has sustained damage and left where it is also exposes its vessel owner to potential liability.

How? Here’s an example:

A boat grounds on a popular reef. While wave and tidal action are slowly destroying the boat, a family decides to anchor near the reef and snorkel around it. During the snorkeling venture, one of the children is curious and gets too close to the boat. The child gets injured from a wave pressing him/her into the wreck. The family ends up incurring expensive medical costs for their child. The vessel owner can be held responsible for not dealing with the wreck and could be responsible for the medical costs and any lawsuit that comes from the accident.

While Hull and Machinery covers the cost of Salvage for a vessel when it needs repairs, P&I covers Wreck Removal costs for removal of the vessel when required by the government.

P&I is a comprehensive insurance coverage that is not easily summed up as just ‘liability insurance’.  The many different exposures that it covers is not only beneficial for vessel owners, but in many ways, necessary.

With the world becoming more and more litigious, vessel owners who purposely opt not to buy P&I coverage are being unnecessary risk takers and are placing their businesses in jeopardy. This is especially true for smaller businesses who may not have the financial capacity to absorb heavy losses.